Gridsim is spread over multiple modules in order to minimize dependencies and maximize the flexibility for the user. Especially each aspect of the simulation is kept in a separate package and the simulation is driven from the main package gridsim.simulation.

The following illustration shows the idea behind this concept: 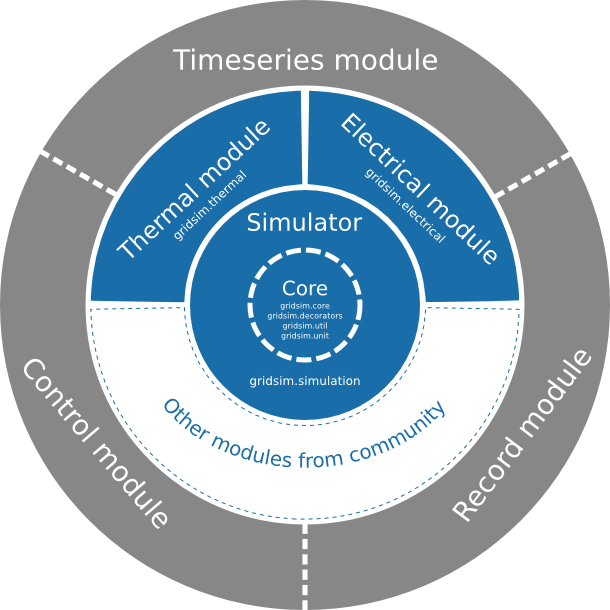 This module takes care of all connections between electrical nodes. The module currently supports 2 calculation methods:

The Thermal simulation module enables simulations of simple thermodynamic processes and their interaction between each other and by heating or colling them electrically.

Provides control strategies in order to control an attribute of an object based on the current values of attributes of that or other objects.

Offers a very simple way to load the content of data from gridsim.iodata.input into object attributes.

This module can be used to record attributes of numerical time either in order to provide data to by gridsim.iodata.output to save them in a lot of formats (e.g.: png, pdf, etc.).

Before doing anything else, you have to create an object of the class Simulator. This will automatically, almost magically create an instance of each simulation module you have imported into your Python file.:

The fact that you import the gridsim.electrical package registers the electrical simulator within the simulator and every time an instance of the class Simulator is created, an instance of the electrical simulation will be created too and registered within the main simulation object. If you import a class from a module such as ElectricalPVBus, you do not need to import the package. It will be automatically done.

The next step would be to add elements to the different simulation packages and actually to create a topology by defining the interactions between the elements. How this is done hardly depends the simulation module used.

Once the elements and the topology are defined, the simulation can be started using the main simulation object:

The following figure shows the typical interaction between the Gridsim simulator object and the simulation modules: 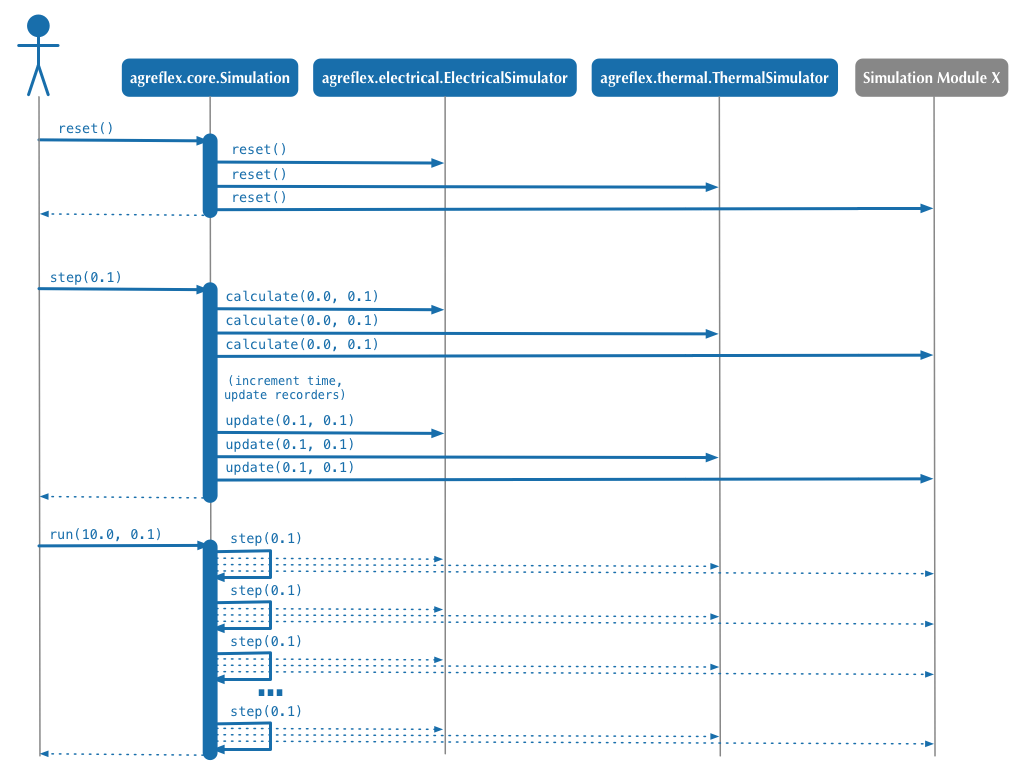 Sequence diagram of the code above

Despite the fact that the simulation module is completely free how to organize its internal simulation behavior, the normal case is shown in the following sequence diagram: 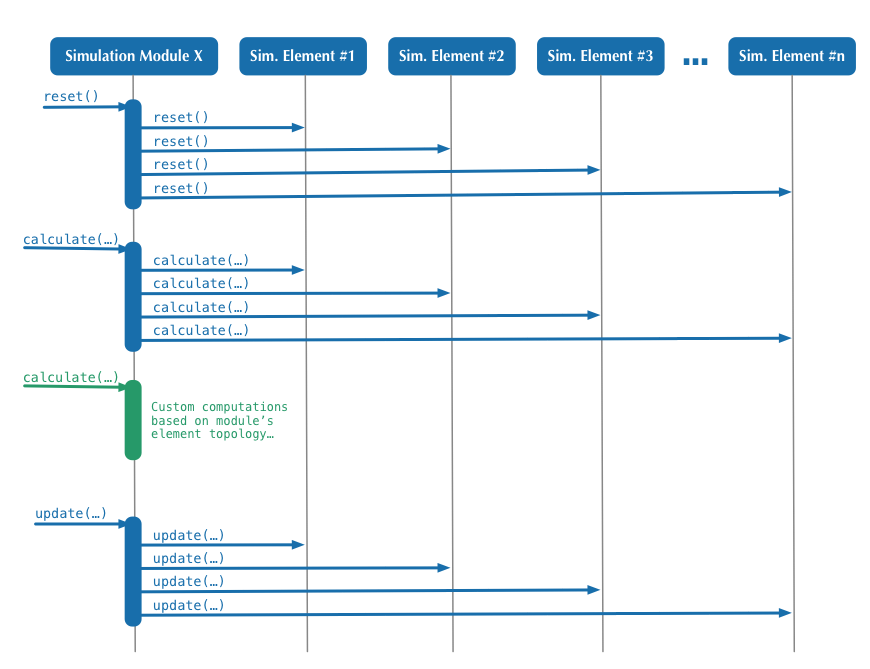 The following figure shows the structure of the gridsim framework:

This diagram presents the main packages of Gridsim and the link between them.

The number of packages as well as their link will evolve over time as new modules and features can be written to handle a new simulation aspect.

This diagram presents the heart of the Gridsim simulation framework.

The Simulator is the main class of Gridsim. It is composed of modules (such as ElectricalSimulator) themselves composed of elements (such as ConstantElectricalCPSElement). These elements are the living part of the simulation, they will evolve during the time and interact with others to simulate the exchange of energy.

A simulation with no output is pretty useless, so the Recorder module enables to save the simulation data either in text based files or enables to plot the values. The following figure contains a detailed UML diagram of that module.

Class diagram: The heart of Gridsim

The packages are not displayed in this diagram.

The gridsim.electrical module implements the electrical part of the gridsim simulator. It basically manages Consuming-Producing-Storing (CPS) Elements, which consume (positive sign) and/or produce (negative sign) a certain amount of energy (‘delta_energy’) at each simulation step.

Enables the simulation of thermal processes and their interactions. The following illustration shows a detailed UML diagram: 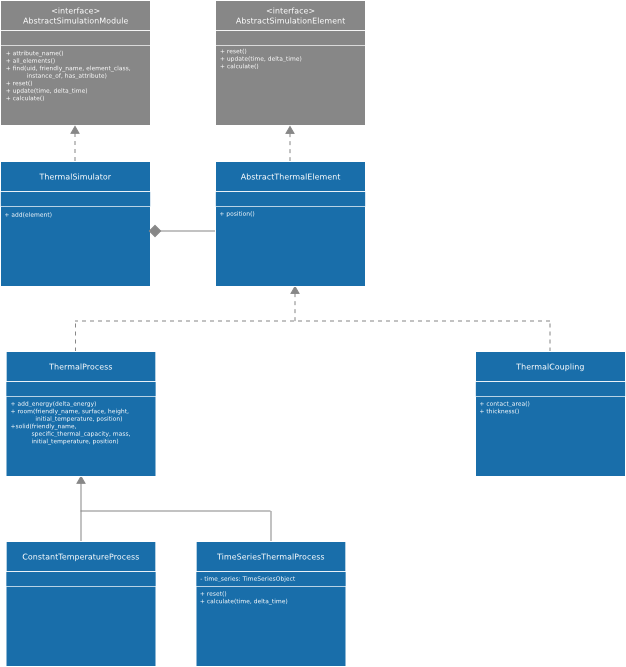 Enables the simulation of control strategies and devices by writing to Python attributes depending the actual value of the same or other attribute values.